To summarise, in a few words, the history of his unit, Eberhard Burath, a former Adjutant, wrote: « Throughout the entire war, our JG 1 had the thankless task of defending the north-west flank of the Reich, which, until the Americans entered the air war, merited little attention. The Geschwader came to the fore with the start of the « Defence of the Reich », which was to be a harsh baptism of fire. » 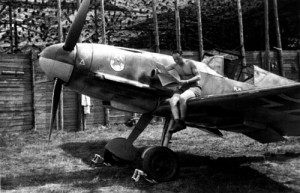